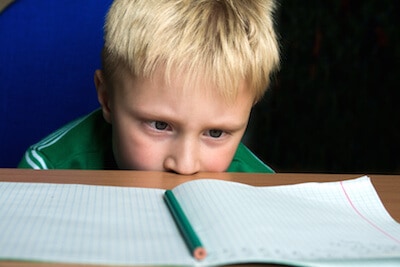 And how will it affect TIA?

Did you know that  Boston Latin School, founded in 1635, is both America’s first public school and the oldest school still operational in the United States? Obviously, even before 1635, children had been taught. Whether in the home by their parents or away at a boarding school, education of our youth has been happening for a long time! One would think by now, in the year 2017, we would have a handle on this education thing! But even after almost 400 years, we are still trying to figure out the best way to educate America’s kids. The recent debate regarding the Common Core curriculum can now be added to the discussion.

Amid thousands of studies on how children learn, there is still a lot of debate about the best approach to education. What skills should every student have and at what age? Trying to agree on exactly what to teach, how and when to teach it, and then how to measure proficiency has complicated the debate exponentially. To find and agree upon standards which are consistent across the nation, while still accounting for cultural and geographical differences, is extremely challenging. Which adds another layer to the debate–should educational standards be addressed at the state or national level?

What is Common Core?

The Common Core curriculum is a set of math and English language arts standards that were developed in an effort to establish consistent educational standards across the states . Most states adopted Common Core standards in 2009. They were seeking consistent, measurable nationwide standards. The curriculum was launched in an effort to ensure all students, regardless of where they lived, graduated high school prepared for college, a career, and life. However, even with these admirable goals, many educators, parents and administrators have been unhappy with the resulting Common Core curriculum.

So the debate continues. Eight states do not use common core at all or have adopted only portions of the curriculum. At present, Arizona is still operating under common core standards, but that could change.  Because Common Core is not a federally controlled program,  a new president and administration in Washington do not directly affect its future. However, with many educators and parents dissatisfied with the program, along with disappointing initial  statistics, Common Core may soon be a thing of the past.

How does all of this affect TIA?

For TIA students, there is great news! Dr. Jennifer Herrera states that if Common Core remains or another curriculum is adopted by the state of Arizona, TIA is ready! TIA can readily adapt to whatever state education standards are decided upon.

TIA is a college prep school, so they teach to the goal of college readiness. Because of that, the teaching at TIA is designed to provide students proficiency toward the AZMerit tests and ultimately SAT tests needed for college entrance. Having already reached and maintained the goal of 100% of graduating seniors being accepted into college, TIA standards are already extremely high. Our numbers speak for themselves!