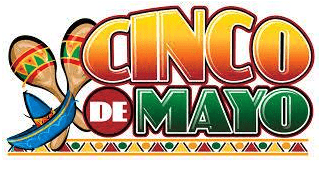 Cinco de Mayo celebration in Tucson at TIA were held on four different days. Every student in attendance had a part in the program. Each campus celebration was unique—the Midvale, Broadway and West campuses opted to host the events in the evening, while the East campus hosted their event after school. In keeping with Cinco de Mayo tradition, good Mexican food is a crucial component in all of our festivities. Not only did the holiday celebration make for lots of fun, it is a great opportunity to reinforce cultural appreciation for our students.

TIA is a Charter School that is an independently-run public school. It is a team-based learning community that prepares students for a global society and offers in-depth foreign language programs such as Spanish and Chinese. Learning other languages and about other cultures inspires understanding and community involvement. Events such as Cinco de Mayo celebrations are another way to bring history and fun together for our students here at TIA.

Cinco de Mayo, or the 5th of May, commemorates the Mexican army’s 1862 victory over French forces in the Battle of Puebla during the Franco-Mexican War. Many people think Cinco de Mayo is a celebration of Mexico’s independence, which was actually declared some 50 years before the Battle of Puebla. Mexico’s Independence Day is celebrated on September 16th. While the Cinco de Mayo holiday is not celebrated widely in Mexico, it has become very popular in America in area’s with big Mexican-American populations. Many cities have parades, festivals, mariachi band performances, parties, and of course, lots of traditional Mexican food and drinks.